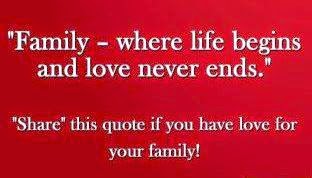 What a day, I went to see my nan this morning and she was good said a few words and woke up when we got there, we took Denni with us again.

The weather here has been cold I am in long pants and socks during the day and two nights ago I changed the sheets on the bed from summer sheets to winter sheets, I know not everyone uses winter sheets but I do. Growing up my mum would put winter sheets on our beds from around May and I am the same, although now days my parents don't use them they only ever use summer sheets. Ok some of you might be thinking what are winter sheets well they are flannelette sheets and they are warmer then cotton sheets.

Yesterday my niece Kirsty went into labour and has now had her first born daughter Kelsi but more on that tomorrow as at the moment I don't have a photo or any more information about Kelsi.

For some reason I am extremely tired today I am having trouble staying awake, I know some would say go have a nap but I don't like to do that when I have to go and pick Leo up from school as I am worried I will over sleep and end up being late to get him.

You know I decided 6 weeks ago that I wanted to go our for lunch on Mother's Day and told everyone about it including Tim but when I mentioned it to Tim last week he got all pissy saying I hadn't told him before and wanting to know how much it was going to cost him. I worked out how much he would have to give me for our meals it worked out to be NOTHING as I had put some money aside for it over the last 6 weeks. I will have to go out on Friday afternoon and pay as much as I can before hand so mum is giving me dads money and money for Dawson and Dave has given mum money to give me for them.

You know when I got all snappy with Tim about the money he was like what is wrong with you why are you snappy and why do you have a attitude, hell he started it but you know he didn't get that it was all my fault. I love him but at times I want to throttle him.


Yesterday when I drove Leo to school he was fine, but when we got there he started saying he was sick and didn't want to go to school, I managed to coast him out of the car and walk to where he lines up in the morning but he wouldn't sit down or line up. His teacher came up and took his hand and talked to him then another teacher took his other hand and held him while I walked away but as it turned out as soon as they let his hands go he ran off from them. The school rang me and asked if he had his morning medication, which he had, but I want back to the school and talked to the principal who said he was sitting in a room across from her office and that she would take him back to class shortly. I spoke to the teacher when I picked him up in the afternoon and she said he was fine when the principal took him back to class,worked well and she had no problem with him.
at May 07, 2014

Men can be so ridiculous. You have your lunch and enjoy it. I put cotton sheets on the bed last week. Over the weekend it rained and turned so chilly I went back to flannel. I suspect we'll be sleeping on cotton again soon. May seems cooler than usual to me.

Congratulations on your new niece! Babies are wonderful!

I will enjoy my Mother's Day lunch I am looking forward to it. May here has been bloody cold indeed but we are coming into winter so it is to be expected

I love flannel sheets! Have you ever tried the sheets made out of t-shirt or jersey material? So soft and comfy but not as warm as flannel. Congrats on the great niece(?) - can't wait to see pics. :)

I just want to say that Tim is an exceptional man... as in "the exception that proves the rule." Not all of us are like that... I think it's safe to say not many (relatively) are like that.

I know most men are not like Tim, it takes a lot of patience at times not to do my block with him but you know if I did do my block he wouldn't get why I was mad