Well some good news at last on the drinking front no problems for the last couple of weeks but still holding my breath as I feel he could lose it any weekend. Which is why I am taking it one weekend at a time, yes he is still drinking not sure whether it’s as much or not as he is good at hiding it. I will say though that I have seen him with a glass of coke in his hand more often the last couple of weeks.

As you can imagine he doesn’t like to talk about his drinking but I did tell him I am fed up feeling like I am and I need to see him making a change and I can say I am seeing a change at the moment. However I have been down this road before and I have let him know that if he starts going off his head again then he will have to leave as I am not going to but up with it any longer.

I do not think he thinks I am serious so at the moment it is a wait and see time. I know it would be hard for me to tell him to leave as I love him so much and when he is not drinking he is a loving man.
at January 24, 2009 3 comments:

I went and saw my counsellor yesterday it was good to talk to her; I have been doing a lot of thinking the last few days about how Tim has been.

He has black outs caused by his drinking and it isn't easy to deal with. I am so over his drinking and carrying on I wouldn't and don't mind if he drinks and doesn't get loud and abusive but as it is I can't tell from one weekend to a next how he is going to be.

Had another big fight here on Saturday night causing Jessica to leave with Leo and not come back till late when he was in bed. At the time he kept saying I didn't love him and I wanted a divorce which just pissed me off. When I tried to talk to him on Sunday about it he of cause didn't want to talk about it saying that was last night why bring it up now........so what did I do I brought it up at my parents place and we discussed it there but still not answers.

I am numb by it all and feel like I am at breaking point. I will try and talk to him again I want to tell him that I want him to show me he is willing to make some changes........like when I think he has had enough to drink if I say so he doesn't get abusive with me...lol…. don't see that happening.

Tim he can be fine for ages then for some reason he will go off his head. I feel like I am walking on ice wondering if the next step will cause it to crack.
at January 13, 2009 8 comments:

The fighting between Jessica and Tim is ridicules (may be spelt wrong) at times, they both like to have the last word and neither like to admit when they are wrong although Tim reckons he does but he doesn’t not until a few people have told him he is wrong.

I feel like he is driving Jessica away and for Leo’s sack I want her here at least until June by then Leo will be 18 months old and I hope she will be able to cope more with him.

I do have to say the fighting gets on my nerves at times they will fight over nothing at times like now Tim is watching something on the weather channel and Jess asked why he was watching it and he gave her some smart ass answer and now they are arguing about it. Why he couldn’t just say it only goes for half an hour and I’m interested in this type of thing I don’t know.

The smart ass answer he gives does nothing but piss people off. 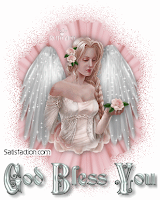 The contraceptive pill causes male infertility have you ever heard such rot………Well this what a report in the Vatican newspaper said apparently it is because of hormones in females urine what a stupid thing to say.

We All know how the Catholic Church feels about artificial contraception but this seems over the top to me.

I spent last night at my parents place again and today I am watching Dawson for his dad as he doesn’t want to go to his mothers.

His dad dropped him off at 7.30am but thankfully he didn’t wake me up, I didn’t get woken up till 9am by Jessica and Leo after getting up I asked Jess if she would go and buy Macca’s for us all which she did.

Last night she had a big fight with her dad and he told her she wasn’t parenting Leo right so she stormed out and wouldn’t go home again she ended up spending the night in a motel.

She said this morning that she doesn’t want to go home until I am there; I tried to tell her that her father worries about her and Leo but she didn’t want to listen.
at January 05, 2009 5 comments:

Bit of this bit of that

Today I didn't get to have my sleep in as Jess came in at 6.30am and asked me if I would get up and help her with Leo, I didn't realise at the time that meant me looking after Leo and her going back to bed. However since he is fine just playing and wondering around I don't mind but I will be getting her up and going back to bed myself in an hour or so. I am just so bloody tired had a late night thankfully she didn't wake me up during the night.

On Friday Natasha and Lucas left for a holiday they have gone to visit an old friend who lives somewhere near Casino, they will be back on Tuesday I think. I hope they have a good time although I know she will be missing Blain.

Yesterday I picked up a highchair of Freecycle for Leo it is in pretty good condition only problem is it doesn't fold up but it was free and I can live with that. 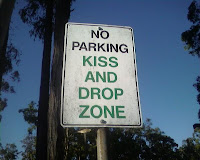 The the young guys attitude changed and he said are you ok mate then one of his mates got out of the car and said "I will move the car" and another young guy said I will go find security. So they move the car out of the way and I was able to get past.

Then while I was looking for a parking spot I asked an old woman who was packing her car if she was leaving she looked at me and I said I don't mind waiting but then she said no I'm not. Well as I drove off I my phone rang so I pulled over and talked to my daughter just as I hung up I looked in my rear view mirror and guess what the old lady was leaving.

So I got out of my car and stood in front of her car as she tried to drive past and said to her why did you say you were not leaving I don't understand why people say that I didn't mind waiting, she just looked at me and said nothing.