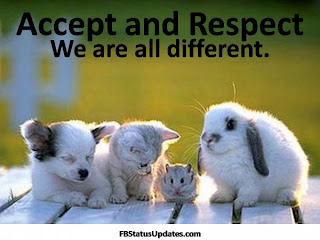 What is it with some people not showing proper respect to their parents/elders? I would never dream of speaking to my father in a disrespectful tone but my daughters do it with their father and my sister has done it to our father and it really pisses me off. I was raised to always show respect for those who are older than me and of course to my parents, I have never ever spoken back to either of my parents but Tim has done it to his parents but would never dream of doing it to my parents maybe that is because my parents have always treated him with respect. 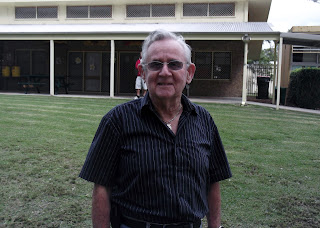 I think the reason my girls have done it to both me and their dad is something to do with their generation, they seem to think they have the right to question why we would punish them when they were children which also pissed me off, we I was a child the words “because I said so” were enough I would never have said “but why” like my daughters would. Also they saw their dad arguing with his father and maybe thought that if he could do it why couldn’t they.

Now as parents their view has changed and “because I said so” is good enough because they are the ones using that phrase to their child. 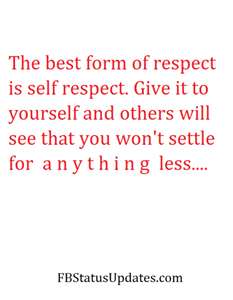 Now let’s move onto my sister she is a grown woman and like me was raised to never talk back to her parents, she also is old enough to know that parents should be respected, well if you have the type of parent that deserves respect which we do. Maybe it is because she is a grown woman she thinks she can talk back to them or voice her opinion in a disrespectful manner, but I do not agree. 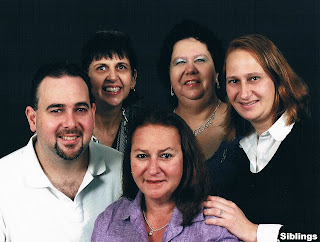 Yes both parents can be frustrating at times but hell they are people and all people can be annoying or frustrating at times, however, they are your parents and great parents at that who have always treated all of their children and their children’s partners with nothing but respect. So act your age and show them the respect the deserve.
at July 31, 2012 24 comments: 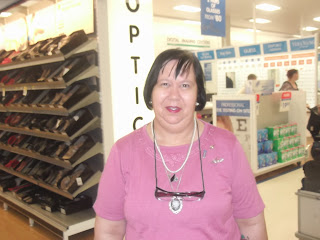 I have a new look, what does everyone think of it……………..or are you looking at the photo and thinking what is different…………….lol 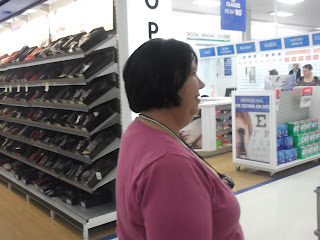 Ok in case you can’t tell I have new haircut, I had it cut on Friday while out shopping and two out of three daughters don’t like it and neither does Tim, the rest of my family say they like it. I was fed up with my hair always looking scraggly and messy yes it is a little shorter then I wanted but it will grow fast my hair always grows pretty quick and yes I know hair is supposed to grow at a set rate but mine seems to grow faster than other peoples hair………… 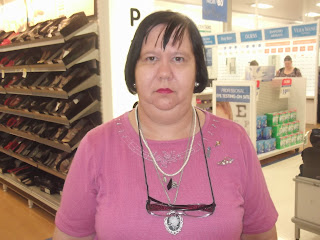 Now I also have some other news I have to go and see a blood specialist to see if they can figure out why I am so low in iron, I went to the GP this morning and he said that before I had my iron injections my iron level was 5 and blood count was 111 and after having the iron injections my iron level is 5 and my blood count is 111 yes you read that right nothing changed at all……………….so now I just have to wait to hear from the hospital to when my appointment will be, the doctors surgery will fax over the referral and the hospital should contact me within in the next fortnight . 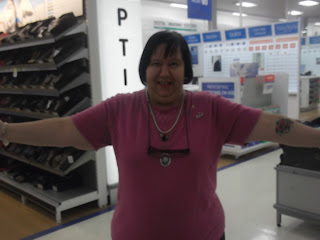 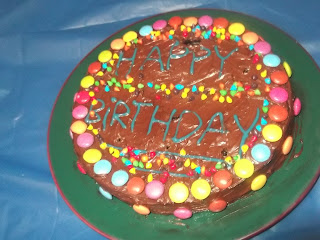 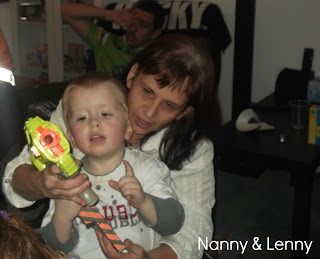 Friday as everyone knows is a busy day for me and I don’t get to blog till later in the afternoon, but this last Friday I was asked to watch my grandson Blain while his mum and Jerry  went out with Kathy & Michael to celebrate Michaels birthday. Anyway she dropped him off after she picked him up from school and for the first hour or so he was ok but then he said he was bored and wanted to go home to play his x box but that wasn’t possible and in the end Natasha turned up at 8.15pm to talk to him and he settled not long after that. So with him being here I found it hard to blog or really do much of anything…………………… 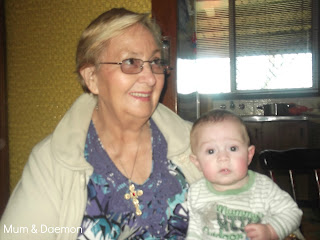 Moving onto Saturday after getting up and having breakfast me and Blain went over to the Lake Fair Shops so I could get a card and some wrapping paper, why well I went to a birthday party for my great-nephew Lenny who turned 3yr old yesterday.  Jessica picked me up to take be but my mum drove me home, I couldn’t drive my car as Tim wanted to take it to work, anyway that is how I spent most of yesterday at a birthday party. When I got home I managed to read some blogs and leave comments but just didn’t around to writing a post and here we are 12.40pm and I am just getting around to writing one now. 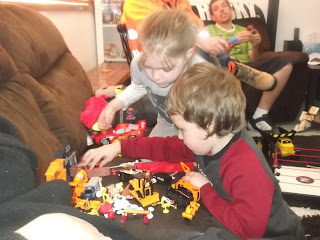 This morning I overslept had a sleep in till 10am, then it was up dressed and off to Charlestown to pick up my scripts so I can do our medication this afternoon, then I had to do a load of washing get it onto the line and get yesterday’s washing off and then make lunch. Now I am going to post this and read some blogs and sort through my emails. 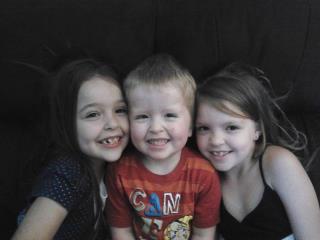 Speaking of getting the washing on and off the line yesterday before I left I asked Tim to peg the clothes on the line while I was out but when I get home the clothes are still in the machine and when I say something to him he is did you ask me to do that, yes Tim I did and I also had Jessica send him a text to remind him which he said he didn’t get because his phone was in the bedroom.  So I was not in the best of moods when I had to then peg the clothes out after getting home. Thankfully I had a quiet afternoon but didn’t have a nap so I ended up needing to go to bed early again, I am so fed up with wanting to go to bed early but it is because I am still low in iron. 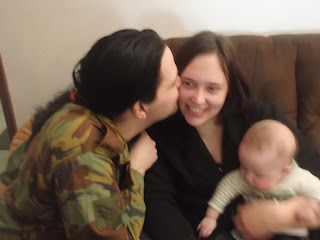 I am back to the GP tomorrow to see what he had to say about my iron levels…………….. 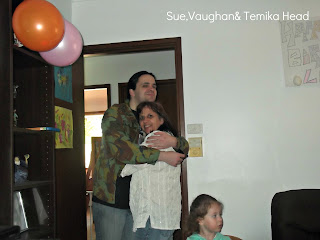 Let’s go back to Lenny’s party it was great seeing all the kids running around and playing together, mum took Temika with her who was a bit shy at first but after a while she settled in and started to play with her cousins the only children there were family Lenny and his 2 sisters, along with Leo and Temika and Daemon although Daemon is only 4 months old. I got a few photos of mum with Daemon who is her great grandson. As for adults at the party there was his parents of course and his grandparents who are my sister Sue and her ex Rex and there was my niece Kelli and her brother Vaughan & his girlfriend Hope along with me and my mum and my daughter Jessica and oh and Rex’s brother so what does that make 9 adults and 6 kids so a nice size party……… 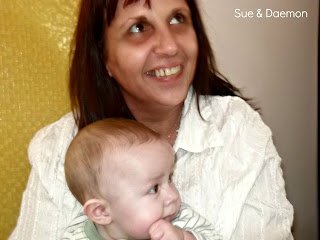 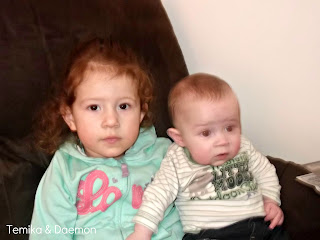 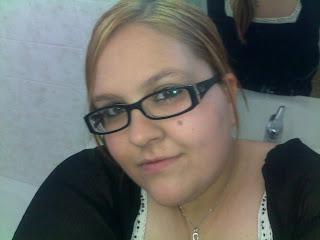 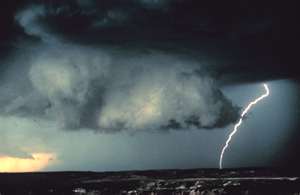 Since it is cold and wet outside more cold then wet though but still not a very nice day, I have the heater on while I sit here and type this I thought I would ask how you feel about storms……….

So how do you feel about thunderstorms? Do they scare you? Or are you one of those people who like to sit outside and watch the storm? Maybe you are a storm chaser or have a dream of being a storm chaser. 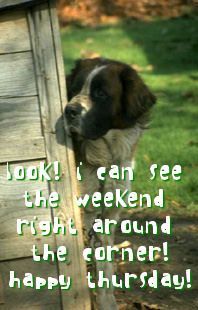 Me I don't mind storms and I don't mind watching a storm from the safety of my house, but I would never want to be out in the storm and yes there has been times when I have been driving somewhere when a storm hit and I can tell you I hated it..................

Tim has always been someone who loves storms he likes to stand outside under cover of course but outside and watch the storm; he finds them fascinating and has been this way since I met him way back when..............

I remember when the girls were little he would offer to take them outside to watch the storm out of the three girls only two of them would go out with him Jessica and Natasha, Kathy preferred to stay inside as she would get scared during the storm although as she got older the fear of storms eased up. 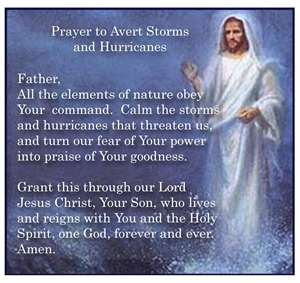 I think it was good that Tim liked to take the girls outside to watch the storm as it helped to make them understand it was not something to be scared of but since Kathy didn't want to go with him I would tell him not to make her that would only make matters worse, in fact it is one of the few times that I felt that Kathy liked to be with me when she was little cuddled up to mummy while the storm passed.

So do you live in an area that gets lots of storms or are the rare?
Here we get a few thunderstorms a year but rarely get really bad ones thankfully.

Headlights On Or Off During The Daytime 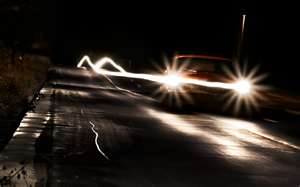 Now here is the question do you drive with your headlights on when it is a beatiful sunny day, or are you like me and can't see the point. I am not talking about long drives but city driving are you likely to forget and leave your lights on during the day causeing you to end up wth a flat battery. Or do you have car like mine that you can set your lights to auto and that way you don't have to remember to turn the off when you get out of the car.

I know that now days you can get cars with day driving lights not that I know what day driving lights are but my guess would be that they are lights that come on during the day and you don't have to remember to turn the on and off but I could be wrong as I said I don't know I am just guessing.................lol