Just Bitching About This And That 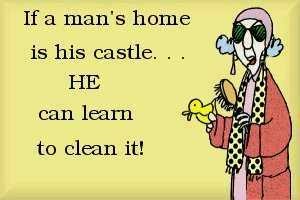 Tim has a habit of complaining that I don’t close the kitchen tongs after use
and yes I don’t close them very often but what do I say I nothing can’t see the point, but there are many things that he does or doesn’t do that really piss me off as well but do I say anything to him………….NO………………I don’t why not well I can’t see the point in complaining it won’t help anyway so why bother but I am going to share today a few of the things he does that pisses me off………..like he never and I mean never puts the toasted sandwich maker away and he never unplugs the toaster sandwich maker or kettle from the wall, I don’t like these things being plugged in all the time but that is for another post……….. 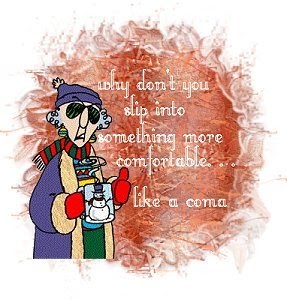 He will also complain that I do not squash empty drink bottles before throwing them in the recycle bin I just can’t be bothered, does he seem me complaining about the aluminium cans he collects to cash in that really piss me off……..

Now let’s move onto something else that pisses me off and that is old people who drive cars that cannot park, last Friday I am sitting in the car waiting for my parents this old man and by old I mean old looked like he was in his 80’s not that I am any good at judging how old people are anyway he  pulled up and tried to park his car in the spot next to me and there was about 3 vacant spots next to me anyway it took him about 6 tries to get his car into the spot and it wasn’t a large car either. If you can’t park it you shouldn’t be driving it.

Yes I can’t judge how old someone is I would be screwed if I was ever robbed and the cops asked me how old the offended was or how tall they were as I can’t judge age or height or distance so what would I say, bugga if I know hope it never happens………I think it is harder to now days as I now days as many older people do not look their age. I don’t think my mum looks like she is 72, and me well I have no idea how old I look that would be for others to decide, I can tell you that I often think my sister looks older than me but hell it is a bit of a family joke that she looks older than me……….. 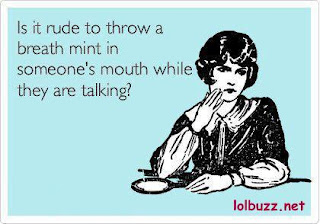 Another thing I hate is people with bad breath and body odour take shower for crying out loud use fresh mints and learn how to use a tooth brush and dental floss it isn’t that hard.

A good rant is good for the soul and I am totally with you on hating those that cant seem to find the soap. Ewww

I had to laugh at your cartoons- very true! And it's good to get things off the chest. I completely agree about people who don't have driving skills not driving. We have them all over the place here-

I think that as I am getting older, I am gradually morphing into the cartoon persona of Maxine. All manner of things irritate the crap out of me.

I try to never point out anything that my husband does that annoys me as I am sure that he would point out an equal number of things that I do "wrong". Still, after 40 years of marriage, I could write a thesis on things that piss me off.

Bad drivers in general send me through the roof...truly make me crazy. I might be sympathetic about parrallel parking as I suck at it. I never even try. My SUV needs a nice pull in space.

I agree with most of them, To be honest you can't tell how old people are because teens dress too old, 30+ dress too young etc... its so hard to find that balance. I'd be lost too.

sometimes you just got say what you got to say. good for you for getting it all out.

lolol ok sweetie feel better now? BIG deep sloooow breaths. mayhaps you need to take some garlic me thinks your blood pressure might be up! :) enough teasing , i hope the venting helped sometimes it's better to just let it out. we have corn fields directly behind our house and i'll just go and SCREAM for 5 minutes, does me a world of good! have a glorious week! xoxoxoxoxo

Ha! Sounds like me, there are so many things that make me nuts. I've just stopped telling him, because like you said. Complaining about it (to them anyway) isn't going to change anything!

Boy can I relate: You kind of spoke my mind and I'm with you girls friend. :-),Susan Cooper

That was very funny! LOVED the cards throughout!

Yes I loved the cartoons to they seemed to fit venting is always good......sometimes I think old people cause as many accidents as young people do

I hear ya many more things irritate me as I get older, when I watch the show "Grumpy Old Women" I will find myself nodding and agreeing......

Yes parrallel parking sucks I have sucked at it for many years not so bad at it now but what gets me is when I see a car parralled parked and it is stuck 2feet out from the gutter........

Yes I feel better now, I remember when my girls where little I would go to the bedroom bury my head in the pillow and scream..........lol I also take garlic tablets each day......

I think many people can relate

I also love the pics they fitted with the post

Everybody needs a good rant every now and then. The points you make are good ones, too. :)

Oh my I loved this and I agree with a lot of what you said. You know men live with a different code and set of expectations then us don't you? Loved your jokes. Sandie