What a day it has been found out today my niece got a job also found out today that my darling husband has lost his job, this was not unexpected but still upset me. Tim is not upset as he feels he will get another job sooner then later.

He said he will start looking on Monday as he can't do anything this weekend as he has to work.......lol He is working in Sydney driving buses for the weekend and in fact he is working every weekend for the next 6 weeks. Tim is not the type to do nothing and I know he will be looking really hard for another job.
at February 27, 2009 4 comments: 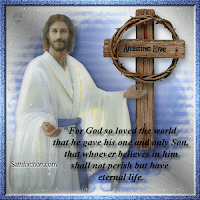 Why do some men find it hard to cry in front of others even those they are closest to……………….

A few days ago Lucas had a phone call from his mother telling him that his grandmother was very ill and not expected to live out the week. Since she lives in Dubbo it wasn’t going to be easy for Lucas to get out there to see her but it was something he really wanted to do as he was very close to her.

Yesterday his mother rang and told him she was on her way to Dubbo to be with her as she really wanted to be there when she died, however she rang again this morning at 6am to let Lucas know that his grandmother had passed away.

Tasha told me she could see him fighting back the tears and wouldn’t look at her but she could hear in his voice how torn up he was. After getting a few more hours of restless sleep he decided he was going to drive himself to Dubbo which he did. This was not something he wanted to do as he doesn’t have a licence but he hadn’t been able to find any other way to get there.

Her funeral will be on Saturday which is also Tasha’s birthday so Lucas is also upset that he will not be here for her birthday but of cause she understands.
at February 11, 2009 7 comments: