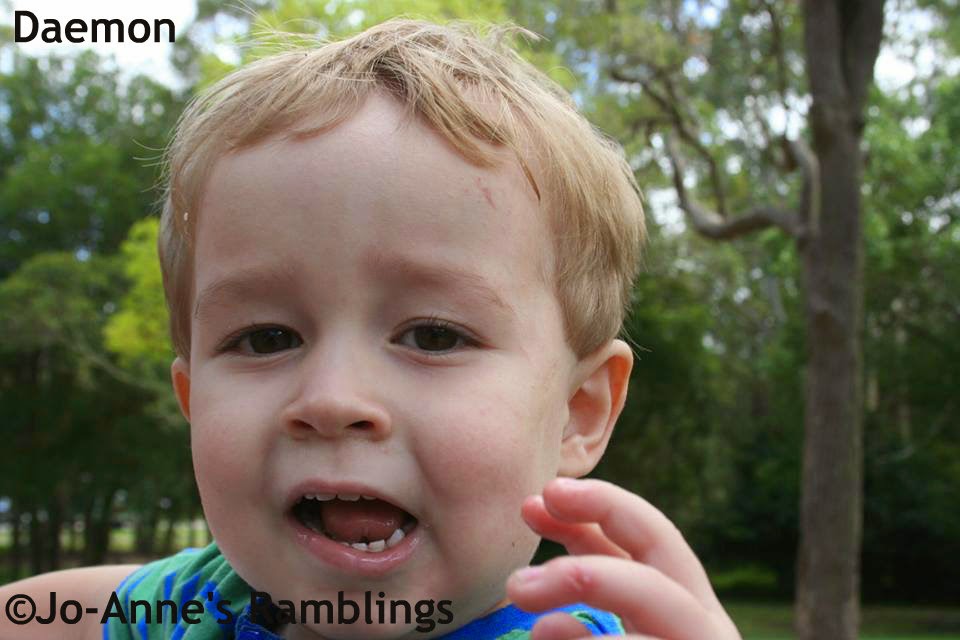 Hello everyone, dad is doing better he is on both antibiotics and prednisone and mum says he is starting to sound better but still has a ways to go before he is 100%, hell he is rarely 100% now days but still at least he is improving.

Daemon went back to the GP yesterday he still has sores/scabs on his head and has been prescribed another round of antibiotics I told the doctor that it was a fight to get him to the have the last lot and out of each 5ml dose he would have been lucky to get 2ml as he would fight so much. I asked if he really had to have the oral medication and he said yes, I said easy for you to say your not the one who has to fight with him trying to get him to take it. Anyway he gave him a different antibiotic this one he only takes twice a day and doesn't taste as bad as the last one and yes it was still a battle to give him the first dose but this morning we tried mixing it with some strawberry milk and he took it pretty much ok.

Kelli had plans to fly to Queensland on Tuesday to visit Kirsty but has decided not to go with Daemon needing medication and not being 100% although he doesn't look or sound unwell but I understand her not wanting to go when he isn't the best. However, she needs a doctors certificate in order to get a refund or credit from Jetstar so we rang the doctors this morning asking if the GP could do one and leave it out for us and of course the receptionist said we might have to go back and see the doctor although I can't see why we should have to do that we were only there yesterday why should we have to go back just to get a medical certificate.

Kelli is upset about not being able to go and see Kirsty and meet Kelsi but it is just the way it is.

I didn't go to see nan today as on Saturday it will be her 93rd birthday and everyone is going out to see her then well I say everyone but I guess it will be just me and mum, Frank & Pearla and maybe Sandra, Sue, Jeannie I am not expecting my girls to turn up but they were invited so we will see. I am also not expecting my uncle Ronnie and his wife to attend but we will see.

Up until about 15 minutes ago I was feeling well myself for some reason I am getting a headache right across the forehead and behind my eyes I have taken something for it so I am hoping it doesn't get any worse. I have also put the potatoes in the oven we are having jacket potatoes with our steak for tea and I like to cook them on low in the over for a few hours. 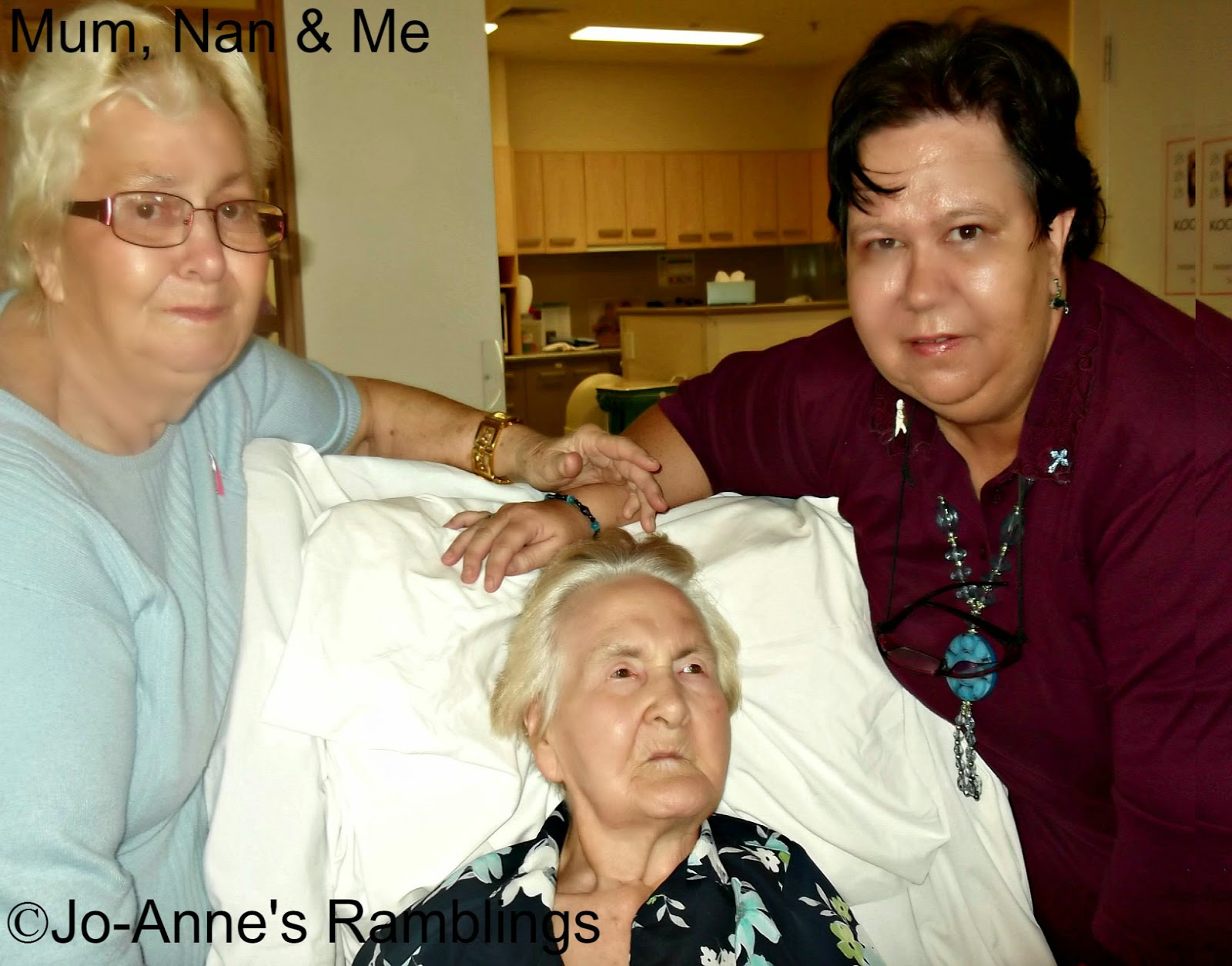 Ok I have ran out of stuff to say so I will post this now.  This photo was taken last year at Nan's 92nd birthday gathering
at May 28, 2014

Gosh 93 she is doing well. Hope you stay well and fighting fit to keep up with your grand kids.

Wow...93 years old. That is quite an achievement.

MY dear, you have your hands full as does Daemon's momma as well. Daemon too! :-)

That can be difficult getting medicine into young children. My kids would never take the liquid Ibuprofen. Hope he's 100% soon!