The sunshine is here again, it stopped raining yesterday afternoon so today will be spent washing I have at least 3 maybe 4 loads of washing to do.............So I told hubby that he can go over to our daughter's place and help her with what she needs help with ok he has to go and help 2 daughters but anyway I think he should do that and I should stay here and do the washing. I told him I can get someone to pick me up and take me over when I have finished the washing, he doesn't sound very happy about the plan but agrees that I need to get the washing done and we both know I am not a big help when it comes to yard work.................lol 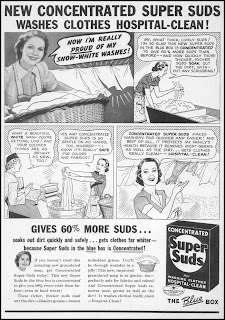 Tim just left to go to Jessica's then to Kathy's and he was saying that he would get one of the girls to come and pick me up and I said I would ring when I was finished the washing and he said just do some of it and do the rest later...........but I do not like doing that I want to get it all done today. He is so frustrating but then I guess he feels the same way about me.................lol

I also want to read some blogs today but can't tell Tim that as he will get pissed off he doesn't get blogging and just thinks it is a waste of time.

I beg to differ, Tim! Blogs and blogging are not a waste of time. They keep us out of therapy.

yes Tim, they are a waste of time. it's my hobby. wasting time reading blogs :)

Wait? Are you washing clothes by hand or on a washboard - and then standing there blowing them dry yourself? Because there is a lot of down time when do laundry - waiting for one load to finish to start another one. I think blogging, for you, is a wonderful use of the time while you wait between loads. Think of everything you can learn, friends you can make - the list could go on.

I hope you enjoyed the quiet while doing your laundry. :)

[And I AM kidding about asking if you are washing by hand or blowing your clothes dry. I know you have a washing machine, etc. heehee]

Reading blogs is a wonderful pastime. Your gift sounds neat, too-

It's good to have loads of laundry to catch up on when you need to cleverly engineer a little alone time for yourself. I hope you got it all done. Nothing like piles of clean washing to make one feel virtuous, anyway! Hope you had fun blogging in between! Glad you got such a thoughtful and welcome addition to your birthday gifts.

Lola...........I do not think Tim will ever get blogging he also doesn't get pen paling

Skippy.......I can't imagine doing washing by hand I love just being able to throw it in the machine press a few buttons and leave it, then come and read some blogs till time to peg it out........but you know when I was at school my best friends mother had an old washing machine with a wringer and I could not believe that she used such a machine.......I have now got all the clothes off the line and put away

Desiree........I love the smell of freshly dryed clothes just as much as freshly ironed clothes although I do not iron very often.....lol I am very happy with the razor......

You are having a busy day.
As for blogging, lots of people 'don't get it'...I would like to blog more but don't always get time.

Hi Jo-Anne. Men can be funny, can't they?! Anyway, I hope you feel better now that the washing & ironing is done, although it's a never-ending thing really, isn't it. I'm like you, and like the smell of freshly laundered clothes. Your gift sounds great. I don't wax either! Glad to hear that the rain finally stopped anyway.

Whiteangel..........New day still fine should be fine till sometime tomorrow...........blogging is addictive

Thisisme..........Laundry like all housework is never ending but it has to be done.

blogging is thrapy and way cheaper then a dr.

I echo Lola! And happy belated birthday. Thank you so much for stopping by my blog this weekend. Glad to meet you!
Stephanie