Recently I read/listened to the book Sandakan by Paul Ham, it was a hard book to hear as it is about the Sandakan death marches in Borneo during the second world war.

It tells in detail about the conditions in the camp and the treatment by the guards, as in how cruel and barbaric the Japanese  were.

The Sandakan Death Marches were a series of forced marches in Borneo from Sandakan to Ranau which resulted in the deaths of 2,434 Allied prisoners of war held captive by the Empire of Japan during the Pacific campaign of World War II at the Sandakan POW Camp, North Borneo. 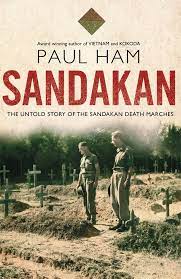 By March 1945 the first of the prisoners forced to march through the Borneo jungle from Sandakan had reached Ranau. Every day more sick and starving prisoners died.

Only six survivors of the more than 2,270 prisoners of war who were alive at the infamous Sandakan labour camp at the beginning of 1945. Before that, an estimated 151 had already died of disease and maltreatment.

The majority of the prisoners were Australian, the rest were British, with 1787 Aussies and 642 Pommies. 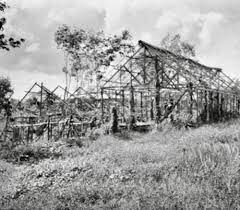 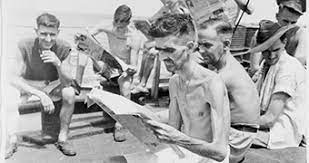 I read The Fall of the Phillipines as a girl in High School...I thought it was bad then! But this is far and above worse.

I've read about this - not this book. Just terrible.

I read a lot of history too, and the cruelty that man finds a way to inflict on man is hitting harder and harder these days...