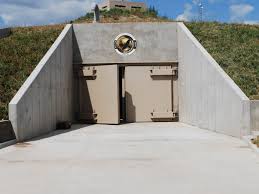 Good morning, good afternoon or good whatever time it is for you. Here we are at another Tuesday.

Let's talk about a nuclear bunker after the invention of the nuclear bomb many people were afraid of a nuclear war.

So nuclear bunkers were invented, these were underground shelters, encased in concrete and covered in a deep layer of soil.

This means people don't just need to avoid the blast, they need to stay underground and in a bunker for months or years.

Today, we are less worried about a nuclear war, and yes some of these bunkers are still ready for us others have been turned into tourist attractions. 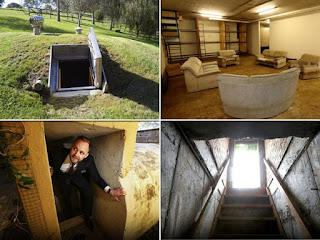 I grew up in the 50s when people were building bomb shelters. There was only one person I knew of who had one in their back yard. But there could have been more because people built them in secret if they could so they wouldn't be overrun by neighbors if the day came they needed it. We did the curling up under your desk bomb drills in grade school. Pretty weird.

I pray and hope that there will not be any nuclear war.

Of course, the main reason we aren't worried about it anymore is we have a better understanding of how little good it would do us to live through one...

I remember all of that...but only after they had been built and I finally became aware of them.