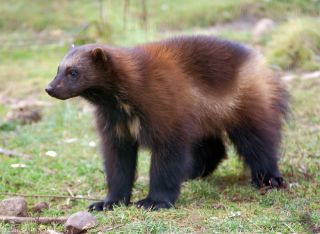 Hello everyone, damn it is hot here again, well it's Tuesday again so that means it is creature day and the creature of the day is the wolverine and not the one that looks like Hugh Jackman but the one you can find in the snowy forests of northern Canada, Russia and Europe.

This creature is the size of a large dog but looks like a small bear, however, in fact it is more closely related to a weasel. You may think it looks kinda cute but don't be fooled by its size it's one of the fiercest fighters on Earth. It is powerful enough to hunt and kill animals much bigger than itself, such as reindeer and moose. It has massively strong jaws and long sharp claws and it's not scared of anyone. 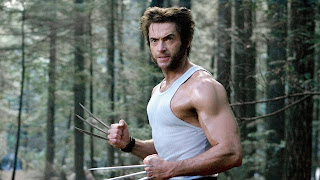 Wolverines aren't just bold when it comes to what to hunt, they will alos fight other meat eaters over a kill, taking on wolves and even polar bears.

The wolverine has some nicknames such as glutton because when it finds food it stuffs itself just in case it doesn't fine any more for a while. It is also called skunk bear because it marks its territory with revolting stinky liquid from glands near its tail. 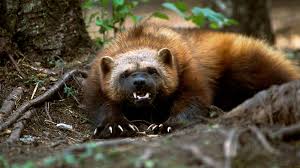 Never heard "skunk bear" before, did know glutton. I wonder how Jackman eats?

Interesting post. I did not know anything about wolverines. You all have a good week.

They are fearless, aggressive, and dangerous. I would give one wide berth! I thnik we may have them in the north in the US.

I think I'd rather meet Hugh Jackman as a wolverine. :-D

Jo-Anne, I wanted to thank you for stopping by with condolences on my Nicki's passing. Your kindness is so deeply appreciated, and I know that anyone who shares their life with four-legged companions has been through this and understands.

My best to you and your family,
Kim

Funny, I've heard of Wolverines before (OK, yeah, the Hugh Jackman one) but I never knew anything about them. Obviously they're pretty fierce animals.

Have heard of them.
Wouldn't want to come across one though.

I have read of them but didn't know what they looked like. My imagination had them as a small weasel like animal.

Katie.......I never thought they would look kinda bear like

So, wolverine is real. I wouldn't want to come face to face with one. Looks really fierce.

This is very good website and your blog i very nice