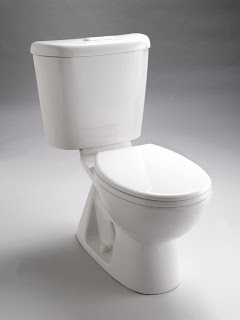 Many years ago we used to have a lot of problems with a blocked toilet and since we are in public housing it wasn't up to us to have it repaired it was the responsibility of the Dept of Housing.


Now this many not seem a big deal to some but it was to us, also it was never a job for a plumber each time the water board would have to be called sync e the blockage was in the street behind. Now we had no evidence that the problem was being caused by a certain neighbour who had a baby and who we thought was flushing things that shouldn't be flushed but funny thing is that when that neighbour moved the problem stop recurring. 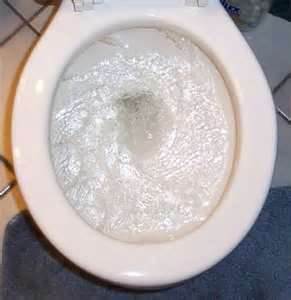 Now whenever we had this problem and would ring the Dept of Housing we would be told that it would take a day or two to be fixed, well this wasn’t good enough for us and we would complain and demand it be fixed the same day. We would often be told to use a neighbours toilet………….wasn’t going to happen………on one occasion I said to the person on the phone how would you like it if your neighbour knocked on your door at 2am asking to use your toilet because they had to poo……………..on another occasion I was really annoyed with the way the operator was talking when she said use a neighbours toilet I asked which neighbour should I go to the prostitute, the drug dealers, the bikers, or crazy psycho this left her speechless………..lol

It has now been many years since we have had any problem with our toilet…………………..now you may be wondering why I would chose to write about this today well yesterday I was reading the problems this:  http://melyndarockinthecrazy.blogspot.com.au/2013/01/little-trailor-on-prarie-title-courtesy.html and it made me think of those problems I had many years ago so thank you Melynda for making me think of a topic for a post.

Now that would be a major pain. We live so far out in the country I don't know what we'd do. Makes me thankful for something like a working toilet!

Oh, the joy of a toilet that flushes on command.

I am glad you no longer have to face that problem any longer.

I'm with you...could you imagine living in a time where there were only outhouses to use?...UGH!
Blessings, Joanne

Oh, hell, if I hadda go, I'd use my neighbor's toaster.
Wouldn't have bagels in the morning, though.

Gosh, the things we have put up with in our pasts. My husband look back at how little our first apartment was and can't believe we managed to live there.

You are so right

We are also glad that the problem is gone

I try to think of things like this as character building and say I'll laugh about them in a few years. Like you're doing here :)

Yeah if we don't laugh about it we would go crazy stressing over it.....

Oh yuck! I am SOOO glad you don't have to worry about that now. :)