Hot now Cold and A Birthday Party or Two

After getting up with Blain at 7am and having breakfast I read some blogs while waiting for the time to leave and go to Speers Point park for my niece Liarna’s 3rd birthday party it was schedule for midday and I got there around 11.40am I was the first to arrive well after my brother and wife and their girls, but there were the ones having the party.  It was held in the main part of the park not in the playground area, and it was very windy 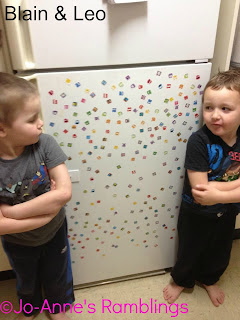 I took both Blain and Leo and their mothers turned up between 12.30 & 1pm Jessica arrived before Tasha and stayed a while she even went and bought some hot chips for us………….. 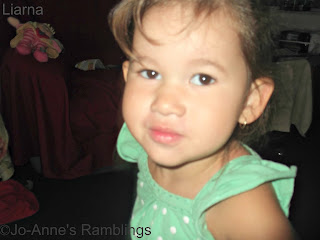 I wanted to take some photos but my camera was flat so no photos does that suck or what…………
Ok now let’s talk a little about yesterday it was bloody stinking scorching hot with temperatures around 45C for those who have no idea what that is in Fahrenheit it is around 113F, what made it worse was that there was a northerly wind blowing which made it just so much hotter. We had all 3 air cons going at home all day and 2 of them going all night as it were so bloody hot.

Tomorrow is also Sydney-May’s 3rd birthday and we are supposed to be going back out to Speers Point park in the playground area : http://www.lakemac.com.au/variety-playground  for her birthday party but if it is raining Kathy has said it will be held at their place instead. It is in the afternoon and I would prefer if it was earlier but I know that can’t happen as Sydney doesn’t get back from her father’s place till around lunchtime

Jessica and Leo are staying here tonight as she doesn’t want to go home only to come back here tomorrow for Sydney’s party.
at January 19, 2013

Hello♬ Dearest Jo-Anne,
I really am happy to read that you are busy with family occasions (haha, which I don't have much). Happy birthday to them♡♡♡

Wow, the temperature!!! The other day, I watched the news that bush-fire is really bad in your coutry this summer again. Poor coals and so on!!! Made me really sad to hear as I feel your country pretty close to me.

Take Care of Yourselves under the hot weather, my friend.
Lots of love and hugs from sis-city in Japan, xoxo Miyako*

Lots of outings. Hope you are having fun.
Been a bit warm up your way, nice when it cools.
Have a great weekend.

Hi Jo-Anne. Lots of birthday parties going on, and I enjoyed seeing the photos of the little ones. Phew! Those temperatures are just not funny, are they? I really do hope that it gets a lot cooler for you very soon. Take care.

I feel for you with that heat. We had some extreme heat this past summer, and it is no fun at all. The parties look like fun- we never outgrow our love for parties, do we?

The heat sounds awful. We had a dreadful heat wave last summer. No fun!

Your grandkiddos are so cute! Glad your weather is cooling off. Have fun at the park - the playground looks great!

I hate heat so much. I feel for you.

What beautiful grandchildren you have . . . Have a good weekend.

You really are kept busy with family. Three year olds are so cute.

We keep hearing about the hot temperatures there. The temperatures here continue to be much higher than average but as it is winter here it isn't hot....just warmer than normal.

Today it is raining here and I hope that the area that have all the fires gets some rain to help put out the fires and cool things down.

Looks like Sydney's party will have to be held at Kathy's place since it is raining......

We do have a lot of birthdays in January and I am glad that it is much cooler now hope we do not have any more days like Friday that was far to hot for my liking.......

You are right many of us don't outgrow parties and those who do are stink in the muds.......lol

I think the low here yesterday was 9F. Our weather is always jumping around and we get sick because of the flux

Good morning world, going to be a long ass day for me as I have my appointment with the specialist in Sydney today. Well it is facts day so ...