My father in-law passed away at 1am, Tim has left to ride his motorbike out to his sisters, it is a 2hr ride to get there. I offered to go with him but he said no he will go alone because I would be bored. 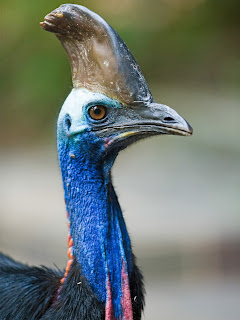 Anyway what do you know about a cassowary, do you know they can be as big as a human growing to 1.9m or 6.5ft in height. They have long, sharp beaks and a tough crest to help it zoom through the forest without hurting its head on branches. Then there is their powerful legs which is for running, jumping and kicking and on each foot they have three huge claws which grow up to 12.7cm or 5in long.

If you piss it off it will go for you, it's deadliest weapon being it's two big toes which each have razor sharp claws that could slice you open. They can run up to 50km per hour, leap up to 1.5m and swim across rivers.

They are not hunters preferring fruit. 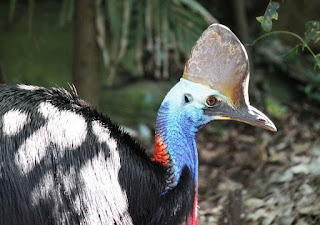 I am so sorry about your father-in-law. Sandie

My condolences to you, Tim and family members. Interesting facts about the cassowary. Its an amazing bird!

Sorry to hear about your loss.

So much loss this year! I prayed for Tim when I saw on FB. Hang in there!

I'm so sorry to hear about Tim's father.

Rosemary, please tell Tim I am sending my deepest condolences to him and you and the family. I know, as do many of us, how it is when a parent passes.

Be sure that your dog has some kind of identification in case it were to escape from your home. This is typically a collar with a tag on it. play bazaar satta king