Have you heard of:Thomas Edison 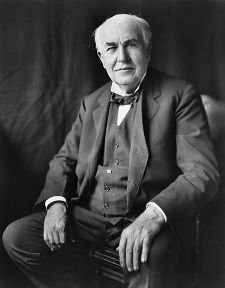 Ok today is Thursday for some reason I thought yesterday was, thought that all day and into the evening but I was wrong.

Today is the first posting of a new series called “have you heard of” in this series I will talk briefly of different well known or famous people.

He was an inventor an in total held patents for 1093 different inventions, including the microphone, the film projector and the light bulb. He developed some of the first working batteries and power stations and he worked on the telephone with Alexander Graham Bell. He also made the first film with sound and invented the record player, who knew, not me.

Some of his inventions changed the world, including the phonograph, the motion picture camera and of course the electric light bulb.

He set up his first lab in his parent's basement at the age of 10.

He was partially deaf and his first invention was an electric vote recorder. 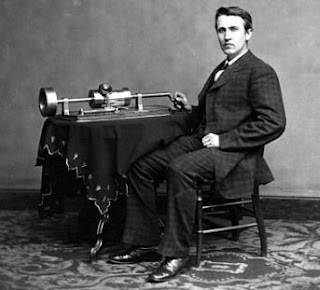 YES! Here in the US we learn about Thomas Edison in elementary school. I love that you chose to highlight him.

I wondered about your post last night. I'm used to your "Thursday morning" being my Wednesday night", but I was beginning to wonder when Australia lapped us...

Did you know that he got in trouble in school a lot? I guess he wan't challenged enough.

Clever man indeed - he certainly did change many things in his life.

I wondered if anyone noticed I had my days mixed up

No I didn't know that

And The World Carries On ©  Amy O Connor   More By Amy O Connor Published: August 27, 2020 The plates will still shift and the clouds will...