Hello everyone, how is everyone?

I am so so, yesterday after going to the doctor I became unwell with a migraine so unwell that I had Natasha pick Leo up from school while I went to bed for a bit. 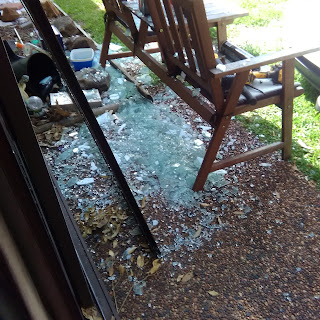 Before that we had a man come to replace the rollers on the sliding door, while doing that he had to use a drill and hit the glass and it shattered so had to have someone come out to replace the glass in the door.

I was really unwell, my head hurt a lot and I had a fever and all in all felt like shit, than at 1pm Natasha gets a phone call from the high school Blain was sick and they wanted her to go get him. So she had to get Leo out early as she didn't know how sick Blain was and thought she might have to take him home and put him to bed. 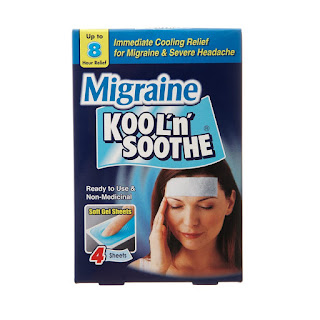 I slept for two & half hours before getting up and having a bath at 7pm I was back in bed again, I used Kool & Soothe to help with the headache and this morning I was feeling better, not great but better not so much like death warmed up.

Leo was great very concerned with nanna's health, told me not to do anything to call him and he would do things for me.

I didn't go to my aqua class as I just didn't feel up to it this morning.

Trust you will feel better soon - migraines are not so good so I hear.

I hope you are feeling better by now. Migraines can be really bad! So sweet of Leo to offer to help you with whatever you needed! I have just recovered from a bad flu.

:( I hate not feeling well.

I'm doing pretty good, although I've been suffering from wicked constipa...okay, I've said too much.

Dear Jo-Anne, I so hope you feel better today. I get a Meziere's headache when the barometer falls or rises precipitously. The headache in its intensity is like a migraine, but I don't have the sensitivity to light that is part of most migraines. I'm saying all this to get to the point: migraines really exhaust me and I'm sure they exhaust you. Not just for the day we have them, but also the next day when our bodies are recuperating from the pain and the stress and the exhaustion of the day before. They are debilitating. So I hope you are better today and that you are taking still care of yourself. Peace.

I am improving slowly

They suck because it isn't just pain but other symptoms as well.

Yes he was so sweet, the flu can knock you about also

Don't know anyone who doesn't

Yes they are debilitating and people who have never had them really don't get it, it is more than a headache and they knock us about, I am improving although I had another bad night

I hope you're feeling much better by now.