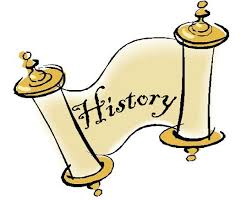 I have written before about convicts and such but yesterday I was watching a show called Convict Women and Orphan Girls which has made me want to write a little about them again. Between 1787-1868 over 166,000 people were transported as convicts to this great country, 25,000 of them were female and over half of those were Irish. 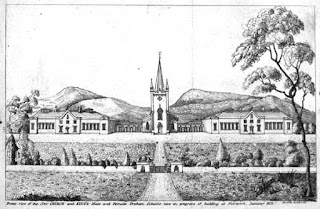 Some convict women brought their children with them but I wonder if they knew what type of life these children would have here would they still have wanted them to come with them. Children under the age of 3yrs could stay with their mothers but once they reached the age of 3 they were sent to the Orphan Schools where they stayed till the age of 12-14 when they were apprenticed out. 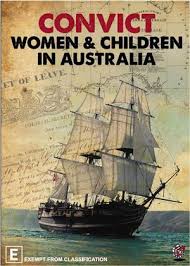 These so called schools gave little education and treated the children so bad that they had a high mortality rate twice what was normal for the times. 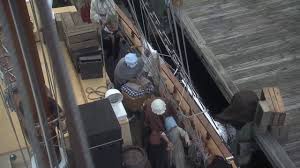 Convict women were regarded as breeding stock and generally thought of as prostitutes many were not prostitutes before they arrived here and only turned to it as a way of surviving. These women were transported for such minor crimes such as stealing a potato or a pot lid, some women during the Irish Famine would set fires in order to be arrested and transported as a way of getting food and surviving. 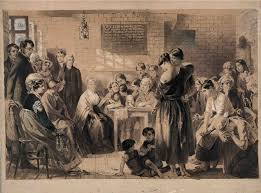 There was also over 4,000 Irish orphan girls sent to Australia because the ratio was 9 or 10 men to every female and more females were needed, these orphan girls were free migrants and most married within 2 years of arriving and raised families. 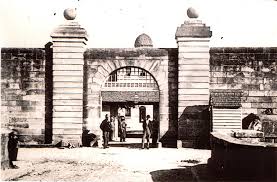 Interesting 90% of the females transported here stayed and married and raised families in Australia compared to only 25% of males transported, I don't know what the other 75% of the males did maybe they returned to England or Ireland I just don't know the show didn't say. 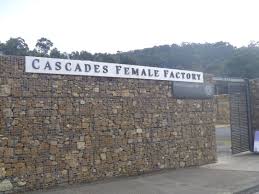 Interesting Jo-Anne.
Shortage of food etc. made so many people way back then do things they normally wouldn't do.

That is so fascinating. It sounds like these women and children's lives were made so much worse by being shipped over to Australia. :(

That is for sure

This was interesting and sad at the same time. Thanks for writing me - I have lost my addresses and now I have yours! sandie

I read Leon Uris' Trinity twice. I cannot imagine how the British slept at night the way they treated the Irish.

Sad to think what women and children had to endure in an attempt to survive back then.

the critters in the cottage xo

Yes I thought it was interesting and sad

I know they treated the terrible

I agree, to think that women fought to bring their children with them only to get here and be separated

This piece saddens me. Mankind has treated each other badly since the beginning of time.