A bit about Princess Cruises 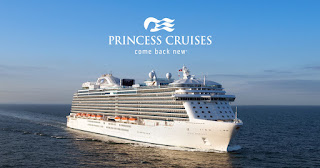 Ok all as everyone know I recently went on a cruise with Princess Cruises so I am going to tell you just a little about Princess Cruises. It all began way back in 1965 with a single ship cruising in Mexico, today Princess Cruises are one of the worlds largest and best known cruise lines, sailing to all of the seven continents.

In 1977 the Princess line shot to fame when it became the star of the television show “The Love Boat”. The long running show introduced millions of viewers to the still pretty new concept of holidaying at sea. Princess Cruises and their famous “Seawitch” logo have remained a well known sign of cruising. 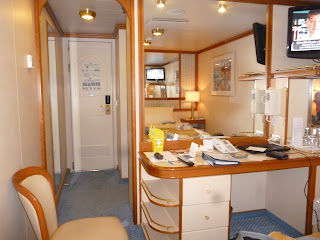 The Princess Fleet is among the most innovative at sea, providing a wonderful cruise experience, all the ships are designed to provide passengers with all the onboard activities and such found on large ships while providing the ambiance of a smaller ship. Princess ships are said to have more balcony staterooms than any other cruise line.

In the 1990's Princess began to emphasise personal choice and a more flexible atmosphere onboard for its passengers and today that ground-breaking concept is evident on every cruise. Most notably, it is only Princess that offers an array of dining choices where passengers can enjoy world-class cuisine when, where and with whom they want in a variety of dining venues. 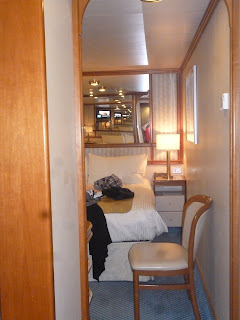 Princess sails to more than 300 destinations around the world and has a well deserved reputation as a leader in worldwide cruising. 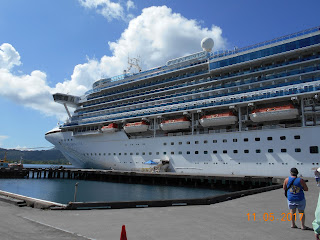 This is good to know. Some day we hope to take a cruise. My sister and her family have taken several cruises and so have my daughter and her husband. We've just not had the opportunity. We'll have to make one!
Kathy

I am very interesting in a cruise holiday because I haven't been on one. Hope to enjoy one in the near future. Have a lovely day!

Sounds good but I've heard about one ship where people keep getting sick.

Wow! Now I want to go on a cruise--to someplace cool.

It all sounds like fun- till I see how high up the deck is, and feel how queasy I'd get. I'd hate to spend that kind of money and then spend the whole trip cowering or sick. Luckily I have your travelogues, which is a good safe second.

They are really relaxing and I loved them

They are bloody awesome

I get seasick but not on a cruise

I woke at bloody well 4am again, I did not want to get up but I had too. While going to the loo I started to sweat by the time I was done I...