A bit about wheelchairs and me 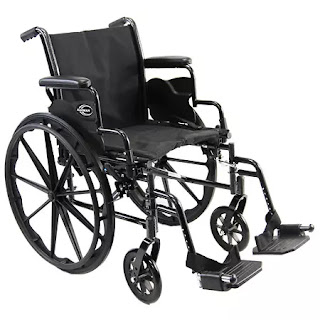 Good morning all, there was no post from me yesterday because I forgot, I got up at 4.30am and worked out then I went back to the bed for a bit after getting up an hour or so later I had breakfast then went out to do so things for mum.

I had to pay mum's laybys and go to the chemist and then to Woolies and the building society to bank some money then back to the car, by the time I got back to the car I felt like crying from the pain.

The same thing happened on Friday when I went shopping by the time I got home I was in tears and it took so long for me to get the shopping done and I didn't do much but going from one store to another took a bloody long time. So I have booked a wheelchair for this Friday and Jessica is coming with me to push me around, I couldn't get a scooter so the wheelchair will do and me not having to walk everywhere will help my ankle. The more I stay off the ankle the quicker it will heal and I will be able to get around ok again. 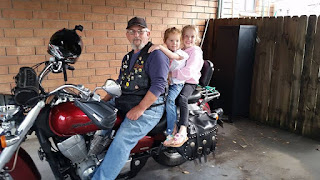 Today is the first day of another school term and after I took Leo to school I went out to the day care Kathy-Lee is working at to pick up Summer as I have her today while her mum is at work then we had to go back and drop of Leo's medication at his school and now we are home and Summer is eating a sandwich and watching Paw Patrol. 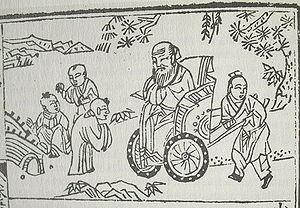 Did you know that the first record of a wheelchair was around the 5-6th Century BC or BCE if you like in China but generally the first wheelchair came about back in 1595 when one was built for King Phillip 11. Although it was an elaborate chair having both armrests and leg rests, the design still had shortcomings since it did not feature an efficient propulsion mechanism and thus, requires assistance to propel it. This makes the design more of a modern day highchair or portable throne for the wealthy rather than a modern day wheelchair for the disabled.

In 1655 a fellow by the name of Stephan Farffler a 22 year old paraplegic watchmaker, built the world's first self-propelling chair on a three wheel chassis using a system of cranks and cogwheels.. However, the device had an appearance of a hand bike more than a wheelchair since the design included hand cranks mounted at the front wheel.

The invalid carriage or Bath Chair brought the technology into more common use from around 1760.
In 1887, wheelchairs ("rolling chairs") were introduced to Atlantic City so invalid tourists could rent them to enjoy the boardwalk. Soon, many healthy tourists also rented the decorated "rolling chairs" and servants to push them as a show of decadence and treatment they could never experience at home.

In 1933 Harry Jennings and his disabled friend Herbert Everest, both mechanical engineers, invented the first lightweight, steel, collapsible wheelchair. Everest had previously broken his back in a mining accident, they saw the business potential of the invention and went on to become the first mass-market manufacturers of wheelchairs. Their "x-brace" design is still in common use, albeit with updated materials and other improvements.

I hope that will help your ankle heal up sooner!! Use it! :)

I still have bursitis in y left ankle and it's still swollen but as long as I am careful it's moderate pain. Not the terrible pain you have. Bless you Jo-Anne.

You shouldn't have to be in so much pain that you cry. I'm so sorry.

What they said. Hang in there.

Me too, I am fed up with being in so much pain

Mine is really painful the more I am on it

Yeah it's not good

I will, what else can I do