This & That & Another Year Older 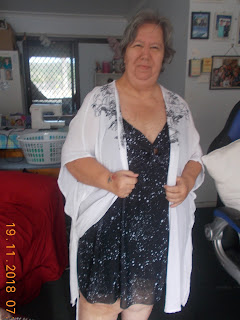 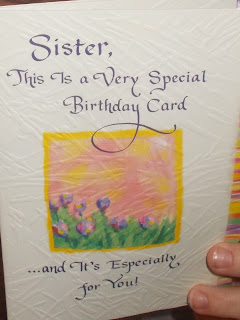 Hello everyone damn I have had a stressful morning did something to the keyboard when I started to write this, that I had to hold a key before it worked and of course I had no idea what I did and it took close to an hour to fix it and really still have no idea what I did.

Anyway I haven't posted since Thursday due to be either busy or depressed as some may have seen on Facebook that Thursday night Leo had a melt down which caused me to also have a melt down that resulted in my in tears not just some tears but I sat on the bed and sobbed. 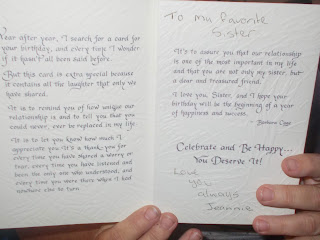 Friday saw me go from 55 to 56 year I am another year older I had a pretty good day, received some nice presents and on Saturday Tim took me out for lunch. However, I still felt pretty down and had zero motivation thus the reason I didn't write a post on Friday or Saturday.

The reason I didn't post yesterday was because I went to my aqua class then I came home to do the 2019 calendars this usually takes between 2-3 hours but yesterday I forgot to log in to my Harvey Norman account this meant when I accidentally hit the wrong button and shut the page down causing me to lose everything because not being logged in meant nothing was saved and I had to start all over again, this meant the whole process to around 5 hours. By the time I was done I was exhausted and after a late lunch I just had no motivation to do anything else. 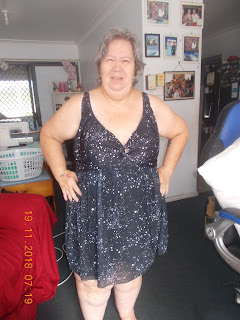 So this morning I decided I would write and post before doing anything else and of course that took longer then expected.

Yesterday Tim arranged for a bloke in Warners Bay to come around and detail the inside of the car when he arrived he told me when he saw out address he had a giggle because we live in unit 12 and he lives in unit 1. So he took the car back to his place to work on it, Tim was pleased with the end result.

Hi Jo-Anne - happy birthday and a better year ahead ... melt downs happen in life ... but I'm sure you've had yours now - all will be well ... take care and enjoy the week - cheers Hilary

I love your outfits! You look so nice...


For a change, I didn't see what happened with Leo, but keep in mind that however much you feel you can depend on him, he is still a boy. I have a breaking-down beagle I have to remind myself about that.

Happy birthday! Enjoy being the same age as me the next 6 months..

Jo-Anne, Happy Birthday my friend. I'm glad it was a nice one and the Tim took you to lunch. I loved the card to. You and I share enjoying reading our cards we receive through the year. They are always special and I have quite a collection of them after all these years.

Happy birthday to you, Jo-Anne! You are still young! Melt downs happens but most important, things do get better. It is nice to receive presents and cards.

Happy belated birthday! I hope things sort out with you and with Leo. :)

I'm sorry about the meltdown but sometimes we have things inside we just have to get out.
And HAPPY BIRTHDAY!!

Hilary......Thanks, yeah melt downs happen to us all from time to time

Chris.......Thanks, my new swimmers for my aqua class, yes Leo is only a little boy and him and Blain clash a lot

Katie........Yes I do like to receive a nice card and to give them as well

Karen........Yes sometimes a melt down is needed in order to vent