When was Jesus born? 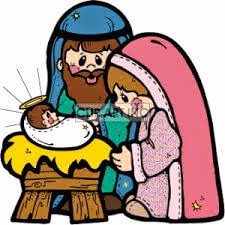 So when was Jesus Born?

There's a strong and practical reason why Jesus might not have been born in the winter, but in the spring or the autumn! It can get very cold in the winter and it's unlikely that the shepherds would have been keeping sheep out on the hills (as those hills can get quite a lot of snow sometimes!).

During the spring (in March or April) there's a Jewish festival called 'Passover'. This festival remembers when the Jews had escaped from slavery in Egypt about 1500 years before Jesus was born. Lots of lambs would have been needed during the Passover Festival, to be sacrificed in the Temple in Jerusalem. Jews from all over the Roman Empire travelled to Jerusalem for the Passover Festival, so it would have been a good time for the Romans to take a census. Mary and Joseph went to Bethlehem for the census (Bethlehem is about six miles from Jerusalem).

In the autumn (in September or October) there's the Jewish festival of 'Sukkot' or 'The Feast of Tabernacles'. It's the festival that's mentioned the most times in the Bible! It is when Jewish people remember that they depended on God for all they had after they had escaped from Egypt and spent 40 years in the desert. It also celebrates the end of the harvest. During the festival, Jews live outside in temporary shelters (the word 'tabernacle' come from a Latin word meaning 'booth' or 'hut'). 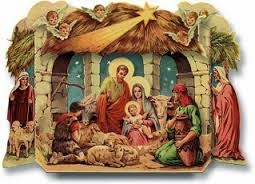 Many people who have studied the Bible, think that Sukkot would be a likely time for the birth of Jesus as it might fit with the description of there being 'no room in the inn'. It also would have been a good time to take the Roman Census as many Jews went to Jerusalem for the festival and they would have brought their own tents/shelters with them!
The possibilities for the Star of Bethlehem seems to point either spring or autumn.
So whenever you celebrate Christmas, remember that you're celebrating a real event that happened about 2000 years ago, that God sent his Son into the world as a Christmas present for everyone! 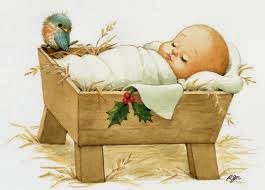 But when you figure God chose a poor family, a sold out motel, a manger (AKA feed trough) for a cradle... I'm guessing it was windy and freezing rain...

The reason it's in December is the whole Saturnalia thing, I think.
I know when Jesus was born, though. On his birthday.
BA DUM BUM

Interesting reading Jo-Anne. It's hard to know exactly when he was born. It really in my book doesn't matter - he WAS born and we celebrate his birth on the 25th December....your research is good and I am enjoying.

Thanks just doing something a bit different for a change

I have read about this at one time or another before. I do find it interesting that we celebrate his birth when we do. Merry Christmas my friend. :-)