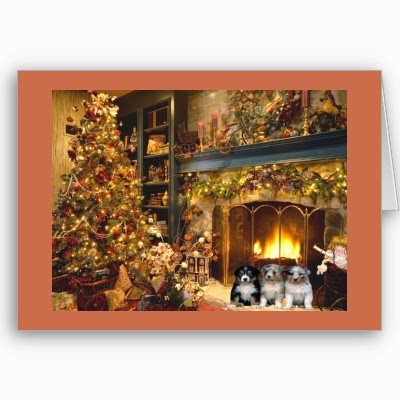 Ok I am back after a week of being sick and run off me feet, post should return to normal now. I am starting my Christmas post with this one.

Over the coming weeks I will be posting a lot about Christmas and it's traditions mostly because I maybe too busy to thing of anything and I have already written the Christmas related posts.

Christmas is both a sacred religious holiday and a worldwide cultural and commercial phenomenon. For two millennium, people around the world have been observing it with traditions and practices that are both religious and secular in nature.

Christians celebrate Christmas Day as the anniversary of the birth of Jesus of Nazareth, a spiritual leader whose teachings form the basis of their religion. Popular customs include exchanging gifts, decorating Christmas trees, attending church, sharing meals with family and friends and, of course, waiting for Santa Claus to arrive. December 25–Christmas Day–has been a federal holiday in the United States since 1870. I have tried to find out when it became a public holiday in Australia but haven't been able to which sucks.

Before I go I will tell you all that on Friday while I was out shopping my sister Sue rang she had just received her gift card which I had bought for her to help her out over Christmas not a lot just a $150 worth but she cried she was so appreciative and then when I got home and gave Kelli (Sue's daughter) her gift cards she cried. It makes me happy that they appreciate what I do, I know that Sandy and Jeannie also are appreciative as well.

"I have tried to find out when it became a public holiday in Australia but haven't been able to which sucks."

I'm guessing it dates from when England declared it a public holiday. If you consider a "bank holiday" the same thing, that would be 1871. If not, well....

I love Christmas only for it's true meaning. The secular part means little to me.

It is nice to be appreciated

Lovely of you to do that Jo-Anne, you are a very thoughtful and kind person.

Giving makes you feel good even better than receiving.