National Flag Day was a week ago, my bad 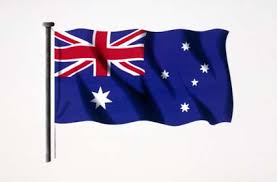 A large flag 5.5 by 11 metres was flown over the dome of the Royal Exhibition Building in Melbourne, it wasn't till the 28th August 1996 that the Governor-General of Australia, Sir William Dean issued a proclamation that officially established the 3rd of September as Australian National Flag Day, it is not a public holiday so most people do not even know we have a national flag day.

Jo-Anne I didn't know of remember we had a national flag day - then on the other hand I have seen in our travels Australian flags 'flying high' these past few weeks! I wondered why, now I know!
Keep our flag the same..

I agree with you about "what's the point?" when countries decide to change their flags. Seems like a big waste of time. I think your flag is a perfectly fine flag.

I think changing a country's flag is a big waste of time and money. Plus I think the Australian flag is so pretty especially with the Union Jack on it. Happy Belated Flag Day!

Yes it is a big waste of money, money that can be spent of health and education I like the flag how it is